Homeopathy works so well in both animals and people, alike. I was once called out to see a horse with chronic diarrhoea. Diarrhoea in anyone is inconvenient at best, messy and can lead to dehydration and nutrition loss at worst. 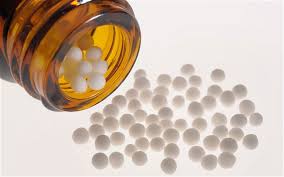 The hind legs of the horse were constantly needing to be washed and the rugs were getting splattered.

Horses are flighty, anxious animals, being a prey animal. Although some people will say their horse is not like this, a prey animal must be this way to survive. Those horses who are not anxious or flighty have probably ‘died’ spiritually and no longer care. Sadly this is still a common scenario with training, although things are slowly improving, with new trainers becoming more sensitive and aware of horses needs.

After questioning the horse’s person, as homeopaths do, trying to find the cause, it transpired that another horse had just been stopped from attacking him, while he was lying down, dozing.

Horses are extremely vulnerable when lying down. Even though they need to lie down to get their REM sleep, they rarely will without another herd member standing by to warn against predators. This is true for domestic horses as well as wild ones.

To be attacked (or nearly) while lying down is a huge shock for any horse. It’s as if they almost died. So a remedy which has shock as a strong symptom was needed. One that also covered loose stools or a gastro focus.

In just a few doses, the remedy cleared up the diarrhoea by clearing the after effects of the shock.

Treating animals is no different from treating people. Animals have the same emotions, the same causes of disease, the same pathology.

However, it does mean you also have to understand the species. And you also have to get used to treating on objective symptoms, not being able to hear what the animal is saying. And you have to rely on the animal’s person being a reliable source of information.

So all this can limit deep healing, leaving you only able to prescribe on the pathology.

One UK homeopathic vet got round this limitation by employing the services of a psychic on his rounds. She supplied him with what happened in their life just before the condition started, and he used the information to get to the right remedy.

It worked like a charm, providing him with more information than either he or the animal’s person could possibly know.

One case that I recall was of a new horse, teamed up with another, established horse as carriage horses. The new horse was slow, seeming to lack energy and could not focus on the job in hand. The psychic told the homeopath that the horse was grieving for his old carriage partner. He had been separated suddenly, when sold, and was very sad about it.

The homeopath admitted that he would never have thought of this possibility, but prescribed the appropriate grief remedy, according to the horse’s symptoms.

The horse quickly recovered and set about his work with the enthusiasm he was previously known for.

In my limited experience, a psychic seems to be able to pick up more than an animal communicator. At least, more symptoms that are useful for a homeopath.

I find it fascinating and encouraging that humans are (finally) branching out into the realms of the ‘unknown’ to seek answers to deep questions.

The homeopathic treatment of horses is highly rewarding. Homeopathy works so well on every conceivable condition, because it treats the patient, not the disease.