Cancer in horses is not an uncommon phenomena. But its treatment, or lack of, is very different from that of human cancer. Cancer has been called ‘a disease of civilisation’ as it rarely occurs in nature. 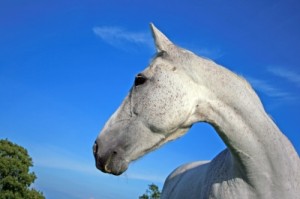 Horses are prone to all the various cancers that any large animal is prone to, because of their association with humans. Sadly, the horses natural survival instinct often masks the start of any problem. They continue to perform even when in extreme discomfort or pain. So when the discomfort is obvious, it has already developed a long way.

This tends to mean, that by the time something is discovered, most cancers have already metastasised.

Most veterinarians are wise enough to realise that surgery does not have the expected long term solution. It does not stop the return of the tumours. And it can open up the tumour, so that the cancer spreads more rapidly.

Mares are often simply discounted as being mare-ish, but they can suffer serious pain when they have an ovarian cancer. The pull on the ligaments when asked to work, can show up as lameness or irritability.

Male horses tend to suffer cancer, not so much in the prostate, as in the sheath, penis and glans. Common cancers in older horses appear beneath the tail.

Skin cancers in pale skinned horses in hot climates are not uncommon, but mostly they aren’t an issue.

The strange thing is that often horses don’t die of the cancer. The painless tumours, those that are not the cause of any pain or a horse not asked to perform out of their natural comfort zone, can survive a long life.

I adopted one such horse. He is over 30 years old. His tumours were discovered at around 10 years old. Over the years, they have gradually increased in size. But he is mostly retired and stress free. Apart from the tumours, there is no sign of any health disorder.

It is easy to see how they came about, as his person before they were discovered was not backwards in thrashing him and expecting him to perform, probably beyond his ability. This total control, a total lack of respect for the individual, is known as a great source of cancer among holistic therapists.

She was lucky he didn’t attack her, as his breed is well known for taking just so much then rounding on the perpetrator.

Others have told me similar stories. Their horses have tumours, but with gentle respect, they don’t cause a problem.

Keep an eye out for how you want your horse to perform. Give your horse due respect, that they can’t say when something hurts. Be super sensitive to their body language. Don’t buy into that notion that your horse is ‘lazy’. That says more about the accuser than the accused.

Be more concerned about the well-being of your horse than the people you want to impress. Cancer in horses doesn’t have to be a death sentence.

My logical deduction from this is that it is more often the cancer treatment that kills most people, rather than the cancer itself. Use homeopathy for all your horse’s health needs and see a vibrancy return. 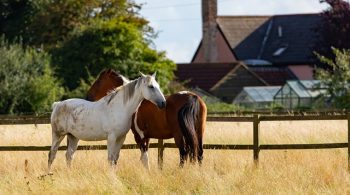