Are emotions scientific? Recently I saw the tail end of an interview with David Suzuki. I have a lot of time for this forward thinking man. The bit I heard made a big impression on me, but I didn’t get the details, so please bear with me. 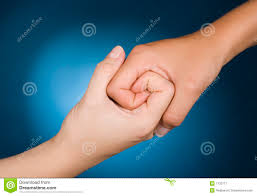 He was talking about a species of animal, found only on one island (or group of islands). A biologist had discovered that this animal only fed on vegetation that was also unique to this island. When a big corporate company wanted to exploit the island, and so destroy the habitat, David asked the biologist to join in the protest.

The biologist refused, on the grounds that it was ‘emotional’, and so deemed to be unscientific.

David (and I, along with probably many other viewers) felt this to be unacceptable. But science is often banded as only being true if it remains unemotional, totally detached.

My understanding is that emotion is the driving force of the whole universe, let alone the world. It is emotion that drives our thinking. It is our thinking that creates. To deny emotion is to deny life.

However, there are different ways to use emotion. Sympathy is easily felt for those going through a tough time, especially abuse. But often, this sympathy will get in the way of healing the abuse. While it can be healing to offer someone a shoulder to cry on, it has to be a supportive shoulder, figuratively speaking.

By over sympathising with someone, you can keep them in the abuse, rather than helping them out.

Sympathy on its own won’t help anyone in a serious situation. But it can stimulate us into searching for appropriate action that will help.

One of the biggest lessons I have had in the past year is to appreciate this in horses. Horses are highly sensitive animals, being a prey animal. An abused horse is just as likely to bite and kick you, grouping you with every other nasty human, even though you sympathise with his condition. You need to provide strength that he recognises, to allow healing to occur.

In effect you need to know how to be a strong leading stallion or mare, one he can see will lead him out of trouble. Horses are herd animals and they rely on their leading stallion or mare for direction. You need to lead the horse back to himself, not by sympathy or by brute force, neither of which works. But by being true to yourself, to your feelings. To your emotions. This shows him the way.

In achieving this, you will be growing and evolving yourself, as everything works together.

This is true in every species, including our own, and in every situation. It is learning to be free of judgement and of the desire to control and manipulate. It is the desire to allow others to be themselves. To be who they are. To be who you are.

If the desire to preserve a unique species for eternity, as opposed to allowing its destruction for a quick and short lived profit, is emotional and unscientific, then is this science? Or is the word ‘science’ just another fashionable word that is used to placate the majority while the minority exploits?